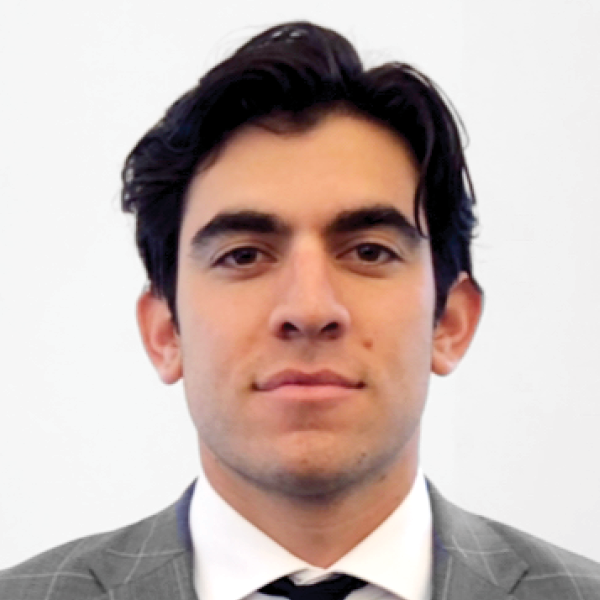 Prior to joining B6 Mr. Rechler built an agency called SPM Soccer and represented soccer players. SPM Soccer became a separate division based off of Sports Professional Management, which has been a top hockey agency for more than thirty years. He successfully negotiated numerous professional contracts, endorsement deals and built a network with hundreds of coaches, GMs, scouts and players. Mr. Rechler hired an agent, who he mentored for a year, to maintain SPM Soccer’s current clients and expand.

Now the fourth generation of his family to get into the Real Estate Industry, Mr. Rechler has experience working with his family’s company called Rechler Equity. He earned his Bachelor’s Degree from Syracuse University in 2015. Bobby Lawrence is a Director of Investment Sales at B6 Real Estate Advisors, where he oversees a team that sells investment property in Brooklyn with a focus on the Brownstone and Southwest Brooklyn markets. To date, he has successfully transacted 20 deals for an aggregate dollar volume of $50 million. Before joining B6, he began his real estate career as a Commercial Real Estate Agent with Marcus & Millichap.

Mr. Lawrence views the broker and client relationship as one that must be based on trust earned by the broker – often requiring extraordinary efforts to serve his clients’ interests. He believes that the opportunity to provide his clients with consistently sound and reliable counsel is both a privilege and the most effective way to build long-term – and mutually beneficial – partnerships with his clients.

Born and raised in Summit, NJ, Mr. Lawrence earned his bachelor’s degree in History from Colgate University where he was also a captain of the university’s Division 1 Men’s Varsity Lacrosse team and an NCAA All-American. In his spare time, Mr. Lawrence volunteers with Harlem Lacrosse and still plays lacrosse competitively with the New York Athletic Club, previously performing as a starting defender for the Florida Launch of Major League Lacrosse. 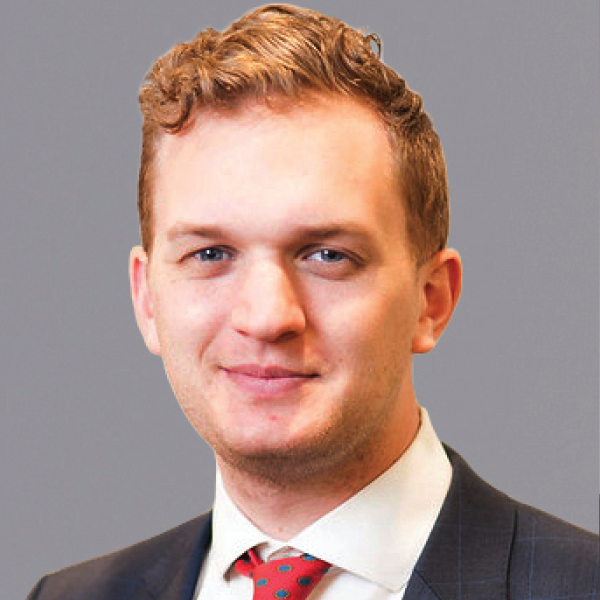 Mr. Kirk started his commercial real estate brokerage career at Cushman & Wakefield as an Associate in 2015 and has since led in the sale of several asset types including multifamily, mixed-use, industrial, and development. Prior to Cushman & Wakefield, Mr. Kirk was the Marketing Manager at Sleuth Systems, a software company which designed and sold public safety software, in Detroit, Michigan. Earlier, he was a Product Sales Representative at MVP Collaborative in Madison Heights, Michigan. DJ Johnston is a Partner, Senior Managing Director at B6 Real Estate Advisors, where he oversees investment sales in Brooklyn’s Bedford-Stuyvesant, Bushwick, Crown Heights and Prospect Lefferts Gardens neighborhoods. To date, he has evaluated and underwritten over 900 properties and personally executed the sale of over 200 transactions with an aggregate value of approximately $1 billion. Previously, he was a Director at Cushman & Wakefield (formerly Massey Knakal Realty Services).

DJ prides himself on being a fair and transparent salesperson while always putting his client’s needs first. He is an effective marketer and salesperson with a reputation for securing buyers that allocate the highest value to each unique characteristic of his listing, justifying the highest market value.

Born and raised in Larchmont, New York, DJ graduated with a Bachelor of Science Degree in Finance from the University of Scranton. His previous work experience includes Equity Sales and Trading at Ota, LLC, Advertising Sales at ESPN, Litigation Services at Merrill Communications and Investor Relations at the hedge fund Kingstown Capital.

Outside of his professional realm, DJ participates in triathlons throughout the year and ran the NYC marathon. He is an avid skier and paddle tennis player but, above all, he enjoys spending time with his family of now five – wife, Sarah, sons, James, Tommy, and their daughter, Olivia. Mr. Murphy is an Associate at B6 Real Estate advisors where he works alongside Director Bobby Lawrence, focusing on sales in Brownstone and Western Brooklyn.

Prior to joining B6 in August of 2022, Jack worked as a financial broker at PMF, assisting small business owners through the process of receiving EIDL loans from the SBA. Before that, he was a property manager at Arkar working at a new construction site located in the Lefferts Gardens neighborhood of Brooklyn.

Jack graduated from Framingham State University in 2018 with a bachelor’s degree in Finance and a concentration in Financial Planning. Jermaine Pugh is a Director of Investment Sales at B6 Real Estate Advisors, specializing in the sale and acquisition of multifamily, retail and mixed-use properties in Central Brooklyn.

Mr. Pugh earned an B.A. in Psychology from Lehigh University. Maria D’Angelo is a Director on The Johnston Team at B6 Real Estate Advisors, where she works alongside Partner & Senior Managing Director, DJ Johnston focusing on investment sales in Brooklyn’s Bedford-Stuyvesant, Bushwick, Crown Heights and Prospect Lefferts Gardens neighborhoods.

Prior to joining B6, Ms. D’Angelo was a Senior Associate at CBRE focused on Agency Assignments overseeing the daily leasing activity of approximately 2 Million SF of office properties in Westchester County. Previous roles held by Ms. D’Angelo include Leasing Coordinator at Empire State Realty Trust and Associate roles at both Newmark and CBRE. Ms. D’Angelo began her career at Massey Knakal in 2013 supporting DJ Johnston and his former team.

Born and raised in White Plains, New York, Ms. D’Angelo graduated from CUNY Baruch with a bachelor’s degree in Real Estate Development. She currently resides in Harrison, NY with her husband Justin and daughters Evangeline and Stella. In her free time, she enjoys attending concerts, summer days at the beach, traveling and spending time with family & friends. Mark Lively is a Managing Director at B6 Real Estate Advisors. He has worked in the North Brooklyn Market for over 20 years and sold over 350 properties with an aggregate value of approximately $3 billion. Previously he worked at Massey Knakal Realty Services and Cushman & Wakefield. Mark is a graduate of the University of Richmond where he earned his Bachelors’ degree in Economics. He has written for City Feet Spaces NY and Real Estate Weekly and has been quoted in the NY Times, New York Post, The Real Deal, NY Real Estate Journal and others. His notable clients have included:  HSBC, Verizon, Con Edison, MB Financial, Dime Savings Bank, Capital One, NY Community Bank. Mr. Goldstein is an Associate at B6 Real Estate Advisors where he works alongside Bryan Kirk, Rob Moore, and Mark Lively focusing on Investment Sales in North Brooklyn.

Before joining B6 in September of 2022, Noah worked in Madrid, Spain as a Cultural Ambassador for the Spanish National Ministry of Education where he instructed Secondary School students in English literacy and speaking. Prior to that role, Noah worked for Cardinal Group Management doing residential leasing in Eugene, Oregon. During his time there, Noah aided in marketing and selling units at several apartment communities throughout Eugene.

Noah graduated from the University of Oregon in 2020 with a degree in Political Science. During his free time, he enjoys learning languages, going to museums and parks, being outdoors, spending time with family and friends and exploring New York City. Robert Moore is a Director of Investment Sales at B6 Real Estate Advisors, specializing in the sale of multifamily, retail and mixed-use properties, as well as development sites in New York City’s dynamic Northern Brooklyn market.

To date, Robert has been directly involved in over 130 real estate transactions with an aggregate consideration of roughly $415,000,000.

Previously, Robert was a Director in the Capital Markets Group of Cushman & Wakefield, where he focused on investment sales in Brooklyn’s DitmasPark, Flatbush, Kensington, Midwood & Ocean Parkway neighborhoods. Robert also worked in the Bedford Stuyvesant, Bushwick, Crown Heights, Prospect Lefferts Gardens and Stuyvesant Heights neighborhoods, as a Senior Associate at Massey KnakalRealty Services, the company he joined in 2011.

He is a graduate of the University of Richmond where he received his Bachelor of Science degree in Business Administration with a concentration in Finance.

Stay in the know

Your subscription was successful. You will soon begin receiving our latest investment sales opportunities & company updates.